I had always heard that at Disney you go to bed on October 31 and the parks are decorated for Halloween and when you wake up the next morning they are decorated for Christmas. Because I live in the show me state I wanted to see this for myself. It worked out well because Halloween was on a Wednesday when we visited. Our back stage tour was on Tuesday so one of the other couples asked our guide and she said yes it would happen. She said everything but the trees would be up on the first and the trees would be up on the second. I found this totally incredible considering the park was open until midnight on Halloween and probably closer to one before everyone got out of there and then opened again at nine am. We went to Magic Kingdom on the second and since pictures speak a thousand words I’m ending this with them. 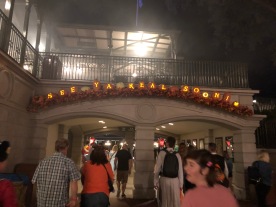 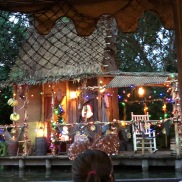 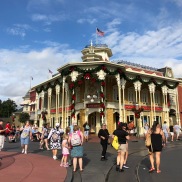