For the longest time Emily and I have wanted to go to Salem to see where her great grandparents are buried and where my dad grew up. Well it’s been well documented that I have a fear of not knowing where I am going so it took my dad volunteering to go with us for us to finally make it to Salem. I have dreamed many times that I have went back there and the place looked exactly the same. Well in real life it has changed a lot! I don’t think I could have found anything without an address. The road from Rolla to Salem was horrible back in the day. Twisty and hilly and I would end up with a really bad headache and trying not to puke. Now almost 25 years later the road has been straightened and flattened so no car sickness. So we discussed going home via St. James as that road is still twisty. And then we drove to the farm. Now the house on the farm that my dad grew up in burned to the ground some years ago and was replaced by a log cabin. My dad brought pictures of how it looked back in the day and the next time he comes over I plan to scan them and reprint them for my scrapbook. He also showed us pictures of the barn that is no longer there. I always envisioned this place in the middle of the road but it was on the corner. I found that interesting because when my grandparents moved to town their house was also on the corner. By the time we got to the farm we were all ready to vomit and said forget going home St. James it’s back the way we came.

Our next stop was the cemetery and yes we took pictures of the gravestones. My dad asked if that was creepy. I said nope we have pictures of Grandpa Millers as well. It’s a mole thing. My grandparents are buried by both of his brothers and their wives. My dad was 20 years younger than his brothers so they have already gone onto heaven. We then discussed what his wishes were when he joins all of them in heaven.

Next stop we found the house in town. The trim use to be green and a car port instead of the garage. So many memories and I can remember exactly how the inside looked. I told Emily a big treat was we always had radishes. She looked at me like I was insane (ok I am) so I said we also had ice cream with fresh peaches or strawberries and candy corn. On my sister and mines birthday she would mail a card. The birthday girl would get 4 dollars and the non birthday girl would get a dollar. It was really really cool and one of my favorite memories. My grandma had pneumonia 7 times one winter (or something crazy like that) and had a breathing machine. Looking back it was probably one of the early nebulizer. Every time I was down there I would work on memorizing the sermon on the mount. I never did get it memorized but can still see the guest bedroom and her bible and the really cool brush she would let us play with.

Our last stop was Aunt Ruth and Uncle Bobs house. They moved to Salem to keep an eye on my grandparents and when they went to heaven my aunt and uncle moved to Arkansas. They both recently passed away. So many memories of all of them sitting around their house talking while my sister and I dozed off. Uncle Bob had a horse and he took us out to the property where he kept it. I can’t remember if we ever rode any of his horses but I do remember petting it.

And that is my trip down memory lane. I had a fantastic time with my dad and Emily. It was a great day. Now some pictures posted in the order that we visited.

Mole moral: My dad is a much better navigator, he didn’t talk super loud and get all excited when we had to turn around or went the wrong way. Unlike my days of screaming during caking! 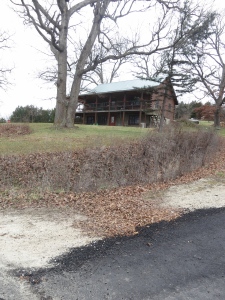 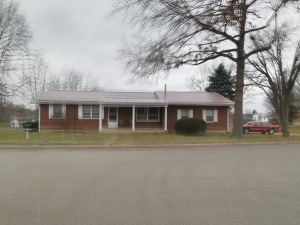